You’ve been working with pallets for years. You’ve bought them, re-used them and repaired them, meeting the demand for outbound shipments. Over time, you’ve accumulated pallets that simply can’t be used and are taking up space in your yard. Hesitant to send them to the landfill in a dumpster or, worse, let the pile grow in your yard? Don’t sweat it: there are multiple ways to recycle wood pallets, all of which are environmentally clean, financially sound, and helpful for others.

There’s no reason useable lumber should wind up in a dumpster. Even if your pallets have lived a good life and are now beyond repair, to simply throw them out without first considering green options would be a financial and environmental mistake. There are plenty of options that lie comfortably between the extremes of the trash can and allowing the pile of discarded pallets to consume space in your yard: it’s just a matter of which route you choose. 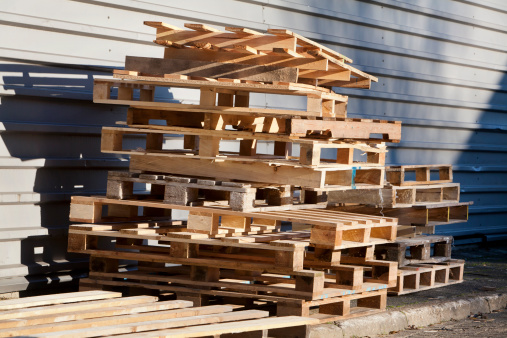